This project had 2 bathrooms that required our work. The first bathroom had the bath taken out to be replaced with a new, stunning shower. Instead of tiling, hydrowall was implemented, which created an inviting and unique shower space.

The second bathroom had the requirement of a new shower enclosure being installed. Hydrowall was used again as an alternative to tiling, per the client’s request. The result was a beautiful shower enclosure that smoothly blends into the new room nicely.

Included in this project, was an update and refresh for both rooms WC’s and basins. The two new spaces work together well, matching certain aspects, but also have enough character to stand apart on their own. 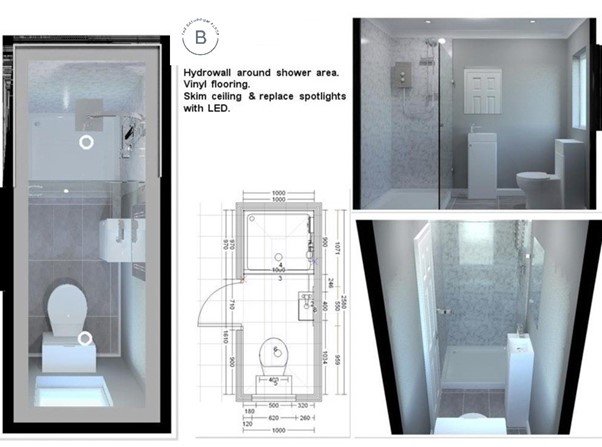